Welcome to the "Optical Valley" Jena: Short distances, lots of nature at your doorstep and a great work-life balance

Kseniia Zavatskaia – an optical design engineer by profession – has only been living in Jena for a short time; she followed her husband Dima from St. Petersburg to the “Optical Valley”. She tells us more about her job search, how she found hers and why you have to plan going shopping in Germany.

Tell us a little bit about yourself and how you happened to move to Jena.

I am Kseniia, optical design engineer coming from Saint Petersburg, Russia. I’ve just recently moved to Jena, in November 2021. The whole process of moving to Europe and specifically to Jena started in 2020 when my husband Dima started looking for a PhD program. We are both optical design engineers and Jena is well known in the community of professionals related to optics. Initially, the city or the institution wasn’t as important as the PhD program and the goal of the research themselves, but luckily Dima has received an offer from Fraunhofer IOF. This remarkable event led us both to move to the “Optical Valley”. He moved in September 2020 and I moved a year later.


How did you go about searching for a job here? What kind of help did you receive? And do you have any suggestions for other people currently job hunting?

Looking for a job was a tricky process. I didn’t start from nowhere – Dima has already acquired some connections in Jena and started asking around about the job opportunities. Besides connections, I surfed job advertising websites, including www.work-in-jena.de/jobs, and corporate websites with job offers. I was also introduced to OptoNet, the central German Photonics Cluster. The assistance of OptoNet was helpful and, in fact, crucial – not only I received guidance on how and whom to approach, but also the OptoNet representative, Anke Siegmeier, started spreading a word about me looking for a job. Anke’s proactivity eventually led to the interview process and the offer I have received from Photonics Precision Engineering GmbH.

How long did this whole process take? What helped you to stay confident?

Approximately four months passed from the point I started actively looking for a job until the offer. I was told, that it’s quite fast, especially for a person who isn’t in Jena and doesn’t speak German fluently.
I was told (and it turned out to be true) that making it to the interview is already a huge progress in the job search. In Russia it’s quite different – you’re first having an interview and only then you can make a judgement about your prospects, but the first interview isn’t that hard to be invited to. Being warned upfront helped not to lose the spirit.

These foreseeable possible obstacles to the job search did concern me, but didn’t scare me off.

My case had two significant restrictions – my German proficiency isn’t enough to work in German and I am not a citizen of EU. Thus, the employer had to be opened to hire an engineer who will work only in English (at least, for a couple of years). The citizenship affects job search in two ways. If the employer’s activity is connected to, for example, space industry, that is very likely, they can’t hire a non-EU citizen due to regulations. Another thing is if employer looks at the CV and sees a) non-EU citizenship and b) the applicant isn’t in Germany already and/or doesn’t own a valid work permit already, they might be less in favour of an application because of potential relocation/bureaucratical complications.

These foreseeable possible obstacles to the job search did concern me, but didn’t scare me off. I started learning German, so I stated my language level and eagerness to keep learning in my CV. The most supportive thing was that I was moving to Jena anyway. I have professional experience and I am learning the language, so even if I don’t get an offer before moving, I can move with a family reunion visa and still be looking for a job when already in Jena.

Why did you decide to accept a job with this company and how was your start there?

Luckily, I have received an offer from Photonics Precision Engineering. The company appeared attractive to me because of multiple factors: it’s a newly established company, the complexity level of supposed tasks was right for me, the communication throughout the interview process and the experience of the founders that I definitely have a lot to learn from.
The start was smooth and welcoming, I would say. My new colleagues at PPE made an effort to integrate me. When I started, there was a plan for the first weeks on what I should go through in order to fully participate in the R&D processes. My colleagues are there for me, whether I have a work-related or a how-to-Germany question and it’s definitely helping easier adaptation in Jena. They are also quite discreet when it comes to language – we generally communicate in English and from time to time they talk to me in German using simple phrases so that I catch up faster with it.

My colleagues are there for me, whether I have a work-related or a how-to-Germany question and it’s definitely helping easier adaptation in Jena.

What are the biggest differences in everyday life between your home and Jena? How does the work life balance work for you here?

Kseniia Zavatskaia:The biggest difference is definitely my commute time. In Saint Petersburg it took me 50 to 60 minutes door-to-door using subway, here it’s either 30 to 40 min walk or around 15 min with a bus. It’s such a significant change! Another big difference is that most of the places are closed on Sundays – that’s the thing I really needed to get used to. In Germany it’s necessary to plan everything ahead, even the groceries.
I’ve noticed it’s not so common to work overtime here. Of course, you can work more hours than stated in your contract but it’s not that socially praised, so to say. And there’re explicit statements about it in the contract.

It is quite interesting to experience the boundaries between work and free-time hours in Germany as it’s different to what I’m used to.

1. What was the first thing you noticed in or about Jena?
I’ve been to Jena twice before moving. The first vivid memory from the first visit is “ha, five-storey apartment blocks from DDR times – looks very familiar”.

2. What was the first food you ate here?
Homemade meal by my husband. He loves cooking and does it stunningly; I missed it a lot when we were apart during the last year.

3. What is typically German or typically Jena for you?
Going hiking or generally spending time in the nature. Jena is quite a green city and I’ve noticed that people here enjoy spending time outdoors – for example, hiking the hills around the city.

Thank you very much for the interesting interview and all the best for you in the future! 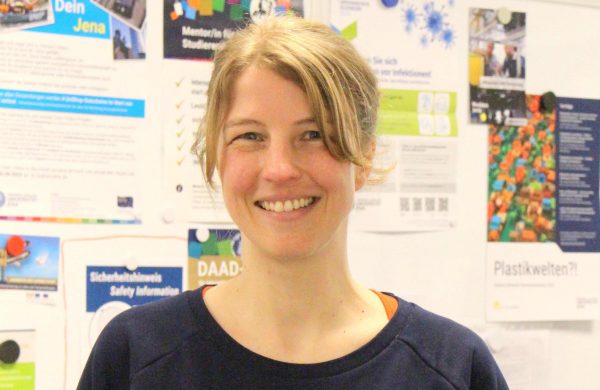 In part three of our series on contact points in Jena, we introduce you to Karolin Ulbricht from the Career Point at Friedrich Schiller University. 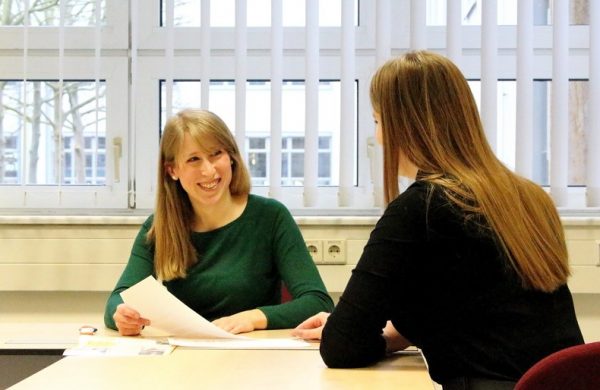 In the second part of our series on contact points in Jena, we introduce you to Franziska Stang, who advises on the optimal transition from study to work at the Career Service of Ernst Abbe University of Applied Sciences Jena. 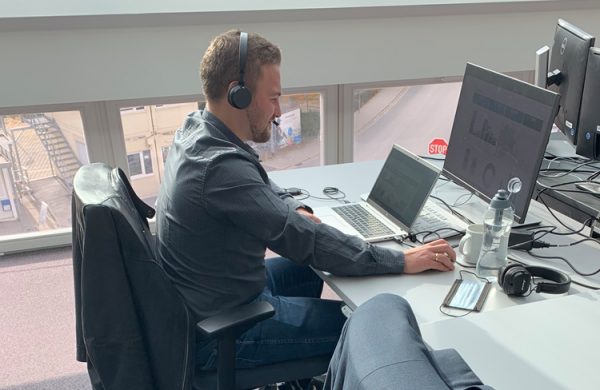 Jakub is originally from Poland and now works as a Cloud Migration & Imp Analyst at Accenture GmbH in Jena. He tells us how Accenture makes it easier for international employees to start their new job and settle in Jena.