How people and companies in Jena live interculturality

Every year, the i-work Business Award recognises companies in Jena that are exemplary in promoting intercultural openness in the business environment. The many practical examples from the i-work competition present the companies where integration succeeds in everyday working life and show how people at the workplace and beyond are committed to the cooperation of cultures. Would you like to learn more about how arriving in Jena and in your new job can be a success? Our blog series presents many interesting examples.

Tetiana, called Tania, comes from Kiev and fled to Germany in early 2022. Here she works as an analyst in Business & Integration Architecture at Accenture, one of the world’s largest service providers in the field of business and strategy consulting. In the interview, we learn more about the differences between the working and living environments in Germany and Ukraine and how Tania experienced arriving here.

Deaer Tania, where are you from and what brought you to Jena

I was born and raised in a beautiful city of Ukraine – its capital – Kyiv. Being a Ukrainian with roots in a culture that dates back to 4800 B.C., I have learned to respect and value my heritage.

Coming from the big city with estimated population of more than 3 million people I have come across many talented individuals during my life. Some of them entered my life as friends, especially during my bachelor’s studies at Taras Schevchenko National University of Kyiv.

After finishing my education, I have returned to Ukraine to begin my profession and establish my adult life. Little did I know that all my plans would be crossed by the russian invasion. On February 24 I woke at 5 o’clock in the morning because of the strong explosion sound in Kyiv. As a person who grew up with modern mindset and values, I could never imagine that a war can happen in our times.

While fleeing my country, I spent 10 hours on a train from Kyiv to Lviv. Which were followed by additional 11 hours in a standing line to cross the border to Poland when it was freezing cold in March. I was desperate, alone, and had no place to stay. Some kind Polish volunteers hosted me for a while to give me time to plan my next steps. I knew I need to find something urgently.

My university friend offered me to come to Jena, she was able to connect me with a German family that would allow me stay with them temporarily.

That is in brief a story of how I got to Jena.

What do you like best about your work and your company?

For me Accenture is about people and opportunities.

It is quite rare for big companies to have a family like working environment. Here you do not feel hierarchical gap while approaching people from different levels. Additionally, you establish connections with people on both a personal and professional basis. They are open and willing to know you.

I appreciate that Accenture allows you a variety of flexibility. Whether it be your area of expertise, where you are, or your schedule. Another point is that the company makes genuine investments in its employees and promotes lifelong learning.

What challenges did you face when arriving in Jena and/or started with your company? How were you able to overcome these challenges?

It was challenging for me to move to Germany in March, both mentally and physically. Everything I love—my family, my dog, my friends, and my entire life—had to be abandoned.

I did not have a plan, I did not know where I was going, and I had no clue what I was going to do with my life when I got here. Since then, I have been stressed out and worried for the safety of my family every day as I read the terrible news about russian terrorism. The most difficult situation I have ever encountered is undoubtedly being a refugee in Germany.

I would say German language is the second. I was studying it at school for three years and back then I was not taking it seriously. I now began to grow accustomed to it and how it sounds. However, compared to the first challenge, this does not look nearly as hard as that one.

Speaking about challenges at work, this was my first employment, therefore I was simultaneously excited and frightened. As a person in her early twenties, I was lacking some confidence for meeting new people who already knew each other. Especially people who have different cultural upbringing and professional background.

However, it seemed like I did not have to worry about it because this issue merely existed in my thoughts.

What has your company been particularly good at supporting you with?

I believe when it comes to supporting employees Accenture definitely does its best. We have a ton of opportunities to enrol in non-work-related courses, such as those that teach time management or improve mental health. The last was exceptionally helpful for me since the war is still not over yet.

I was glad to take advantage and attend free of charge German language course from a school which has partnered with Accenture. It helped me to learn basic words and grammar when I arrived.

Another thing is Accenture respects your opinion and stands by you when you express it, which is another important point. After one of the massive russian attack on Ukraine one of the colleagues hang Ukrainian flag on the office window. Now every day in the morning on my way to the office I see a piece of my motherland. It keeps my heart warm. Moreover, I like that people in the company are welcome to know more about myself and my country. In the pictures you can find me wearing in the office my Ukrainian traditional embroidered shirt called «vyshyvanka».

Without doubt it is distance and time management. In Jena you can go anywhere by foot if you live somewhere around the city center. When I first arrived, I used to leave my house 40 to 50 minutes before an appointment, and since I was always early, I had to wait in front of the building. I believe it is because of my old habits. Living in Kyiv, it is important to have a car and be aware of traffic, so you always start early. Staying in Jena helped me to slow down.

Another big difference is working hour schedule here and Sundays as day-offs for shops. Sometimes it is hard to make things done after work if everything is closed at 7 pm. In Jena a lot of people know each other, so sometimes you randomly meet acquaintances at the streets. Or they see you going somewhere.

Next is digitalization. I was surprised by the number of paper letters I have received so far in Germany.

Since I did not have a corporate job in Ukraine, I cannot be fully objective here. I would say it is flexibility at work, but I assume it differs by company’s size and industry.

What is typically German / typically Jena for you?

I must admit I had some stereotypes about Germany before I arrived. Some of them were proved but some of course were completely vanished.

When I hear Jena now first words that come up to my mind are Carl Zeiss, optical industry, Bratwurst, landscape, bicycles, and students. I was studying in Italian city Macerata which is similar by the energy for me to Jena because both are not really big cities surrounded my hills with universities and saturated student life.

I have a feeling that Thuringia is underrated and not really known abroad. It is a very green region which has a lot to offer.

As for Germany in general, it is about good public transport connection, even though there could be some Deutsche Bahn issues. It is about beer and bread for dinner. Typical Germany is a country that cares about diversity and support of people with special needs. And for sure Germany for me is about news regarding Ukraine support.

Thank you very much for the exciting interview and all the best on your way! 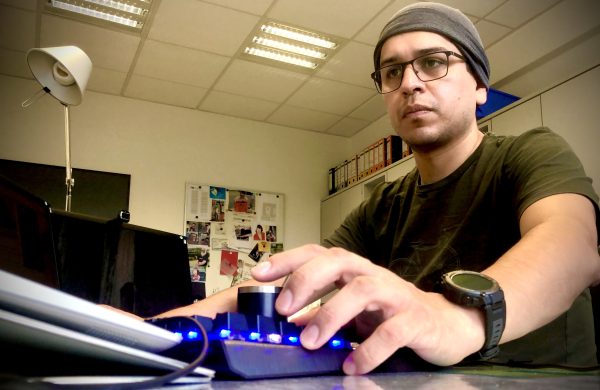 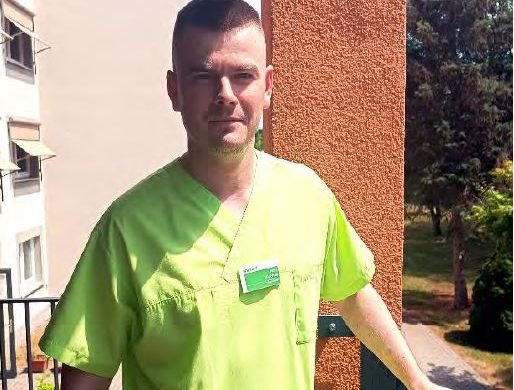 Ivan from Ukraine and Jeff from the Philippines work as nursing staff at Linimed in Jena. In this interview, they tell us how they came to Jena and what hurdles they had to overcome when they arrived. 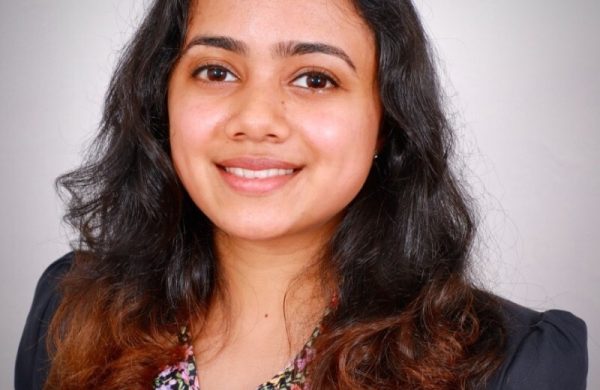 Nayantara comes from India and works in Jena as a laser engineer at Active Fiber Systems GmbH. She previously completed her Master's degree in photonics in the City of Light. In the interview, she tells us what challenges she masters in her work and life in Jena and what special features she appreciates here.